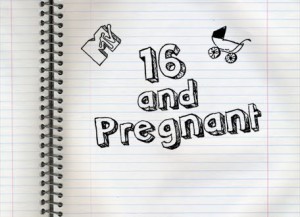 Leave it to MTV to create a series centered around what is known in the south as, “early onset parenthood.” Not everyone considers sixteen an unusual age to become a parent. In fact, some areas of Georgia consider sixteen to be two years passed marrying age. It’s true. Look it up. (Don’t look it up.)

The show 16 and Pregnant is truly an eye opener for many teens regarding the symptoms of pregnancy for some, and the telltale signs of an impending birth for others. I haven’t actually seen any statistics, but let’s hope that it has prevented at least a couple of toilet births and would-be appearances on TLC’s, I Didn’t Know I was Pregnant.

My super intelligent and attractive friend, Tara, makes her two teenage sons frequently watch 16 and Pregnant. Her goal is for them to realize that babies are forever, and that babies are a never ending tether to that skanky girl (even when she doesn’t lose the baby weight).
Congratulations, Tara! You are the winner of the first ever Loripalooza Mom of the Month award. Your prize is bragging rights AND I’ll take you to Milo’s next time I’m in town. *

(*Mom of the Month prize is non-transferrable and may not be redeemed for cash.) 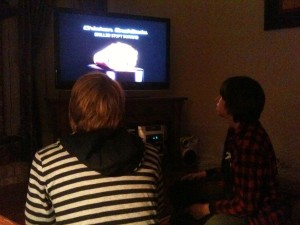 One thought on “16 and Pregnant”