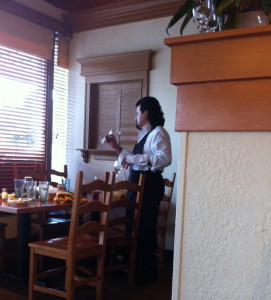 This Mullet Watch photo was sent in from field reporter, Janelle, from the fourth most populous city in the United States. Houston folklore maintains that the mullet is almost as elusive as the chupacabra, but the one seen here seems quite at ease while busing tables.