I have tried my best to institute a daily quiet time from around 2-4pm. Luke stays in his room, or so he’s told and I get time to myself to read, write, watch grown up TV, or nap. It’s fantastic when it works, but today was not one of those days.

“Hey Mom, how many more minutes til you fall asleep?”
“I don’t know, but even if I do you cannot come in here and get my iPad.”

Away he stomped to his bedroom, but that wouldn’t be the last of him. I had been asleep for probably less than a minute when I felt my bed move. “Lucas Payne Wescott, where are you?” I shouted.

“In my room,” came a voice from under my bed where was army crawling toward my nightstand and, therefore my iPad. “Get out from under there now!” I commanded. He did as he was told, and when he appeared on my side of the bed I could see he was wearing only a shirt. “Seriously, Lucas? Where is your underwear?”

“Mom, it’s quiet time. My underwear was too noisy. I was trying to be quiet,” he answered as if I had asked him the dumbest question he had ever heard.

I pulled a pillow over my head. “Go back to your room and put your clothes back on.” 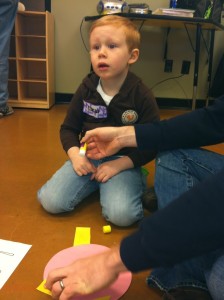