The setting is different, but the events are always the same.

Yesterday it happened at the hair salon. I walked in the door with my five-year-old son, Luke. Before the receptionist had a chance to speak, he shouted, “Free, two, one. Hit it!” Despite my reluctance, I followed what I knew was my cue to hit “play” on my iPad as Luke began to bust a move to Daft Punk’s hit, “Get Lucky.”

Luke was instantly drunk with power. He loved the cheers and applause from everyone in the lobby. I gave him the usual thirty seconds before cutting off the music to proceed with my hair salon business.

“Good job, Luke.” I told him. “Those were some nice moves.” He remained silent, but acknowledged my complement with a super cool wink and a thumbs up.
However, there was a problem- a dirty secret I’ve never shared before.

(Deep breath)
My name is Lori Wescott and I don’t think my son is a good dancer.
Man, it feels good to get that off my chest. I’m so tired of the pressure to be fake, the pressure to hide the shame. My son is a caucasian, ginger, five-year-old, overly confident dancer and I have taken the first step to his recovery. Starting August 19, 2013 Luke will be attending an all boys hip-hop dance class.
I know I have all of your prayers and support that, with proper education, my son can have moves like Jagger. I’m no idiot. I know the odds are against us. He will most likely be hard to teach because he already thinks he’s a great dancer- a trait he acquired from his father. Only time will tell if the instructors can turn his pelvic thrusting hokey-pokey into a decent pop and lock. 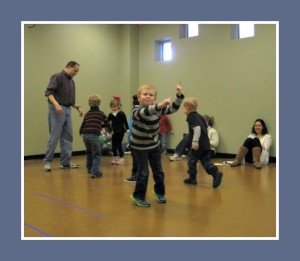 The picture above was taken during one of his acting lessons at The Nashville Children’s Theater. That particular activity didn’t even call for dancing, nor was there any music playing. I’ve resigned to accept that he was born to dance. My responsibility as a parent, however, is to ensure that he doesn’t make a fool of himself at parties for years to come.
I’ve been called a hero and a saint, both of which are true. Now, I’m also a warrior Mom.
If you feel so inclined after reading this moving confessional, please feel free to donate to my “Let The Gingers Dance” foundation. LTGD is glad to accept donations in the form of cash, money orders, and merlot. You can put them directly in my mailbox.