I received an email from Luke’s teacher last week stating that he was overheard at circle time asking a couple of little girls to marry him because, according to him, he was going to be having a baby soon.

I didn’t give him too hard a time over it when he got home from school, but Brantley questioned him about it later that night.
“Lucas, you know babies are expensive. If you want one you better get a job.”
“No, Dad! That is NOT right. You can’t just take money to a store and buy a baby. They’re not for sale.” His emphatic statement was then followed by a glance in my direction with an eye roll expressing his disapproval of his Dad’s baby ignorance.
Dads– when will they learn? 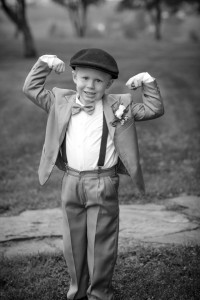 6 thoughts on “Luke-isms: He’s Having A Baby”