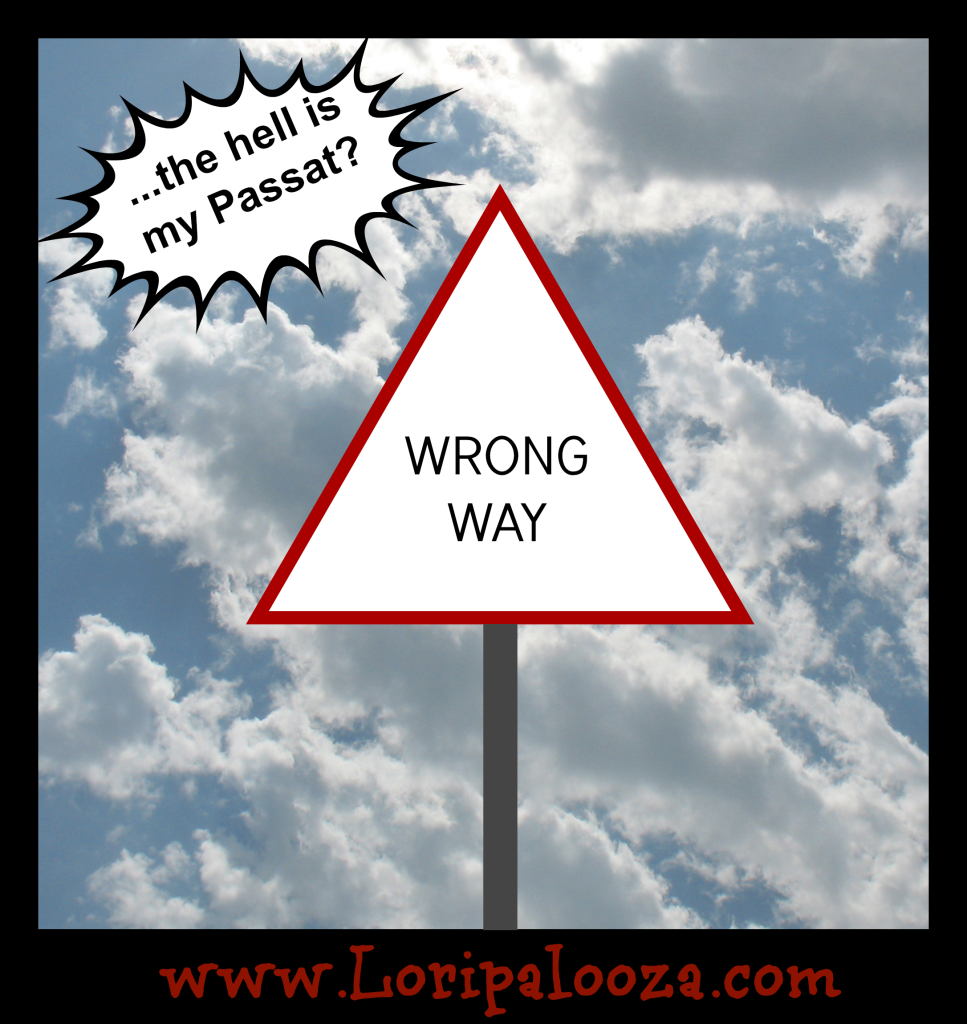 What you’re about to read is not for the faint of heart. This is the tale of one woman’s brave journey to find her VW Passat in a parking garage. Like most frightening stories begin, it was a beautiful sunny day with almost no humidity.

She saw a gentleman pass by. Excuse me, sir. Is this the Patient Parking garage?

The news was bad. She had walked to the Administrative Plaza garage. The patient parking was located on the other side of the building. Ignoring the blisters forming on the heel of each foot she pulled up her emotional bootstraps and began the eleventy-million mile trek to the correct garage.

Where the hell is my Passat?

Approximately forty-five minutes and one bathroom break later she arrived at the patient parking garage and found her car. Eureka! She located her keys, but was dismayed to find that her keyless remote wouldn’t unlock her doors. She tried to keep her cool as she pushed the button on the remote two more times. Exhausted and eager to go home, her patience wore thin. That’s when she noticed that someone parked next to her had dinged her car door. All composure was lost.

Are you kidding me? Who does that? What is wrong with this stupid remote? Its only job is to lock and unlock. Is that so hard? MY SPOILER is gone, too! This is unreal! Did someone wash my car? Wait a minute.

She headed back to the elevator while trying to keep a low profile. A passerby may have thought she was trying to break into a car that was very similar in make, model and color to her own.

After a couple strolls around garage levels A and B, our brave heroine located her automobile and was finally on her way home. Little did she know an interstate interchange was on the horizon. She was about to be forced to choose between Memphis and Knoxville when she desired a visit to neither. Learning to navigate I-24 had been on her to-do list for ages. In fact, it was her last New Year’s resolution.

No time like the present, she cried. Literally cried.

When she finally arrived home she was met by her husband. He had been born with logistical instincts and she knew he would never understand her near-debacle. What took so long? He asked.

My doctor was running three hours behind. So typical.