Baxter turned ten-years-old yesterday and he insisted on making it a big to do.

Now, I’m not one to judge, but I think he let things get out of hand. I made the decision to shut it down after one of the neighbors called the cops. He was clearly angry at me and yelled something about me not being his real Mom before passing out on the couch.

I came right out and this morning and asked him about the three-legged labradoodle I saw him hitting on before the cops showed up. She wasn’t even wearing a collar. Skank.

I’m not sure how much he will remember from last night, but I hope his memories are fond ones. You do only turn ten once. 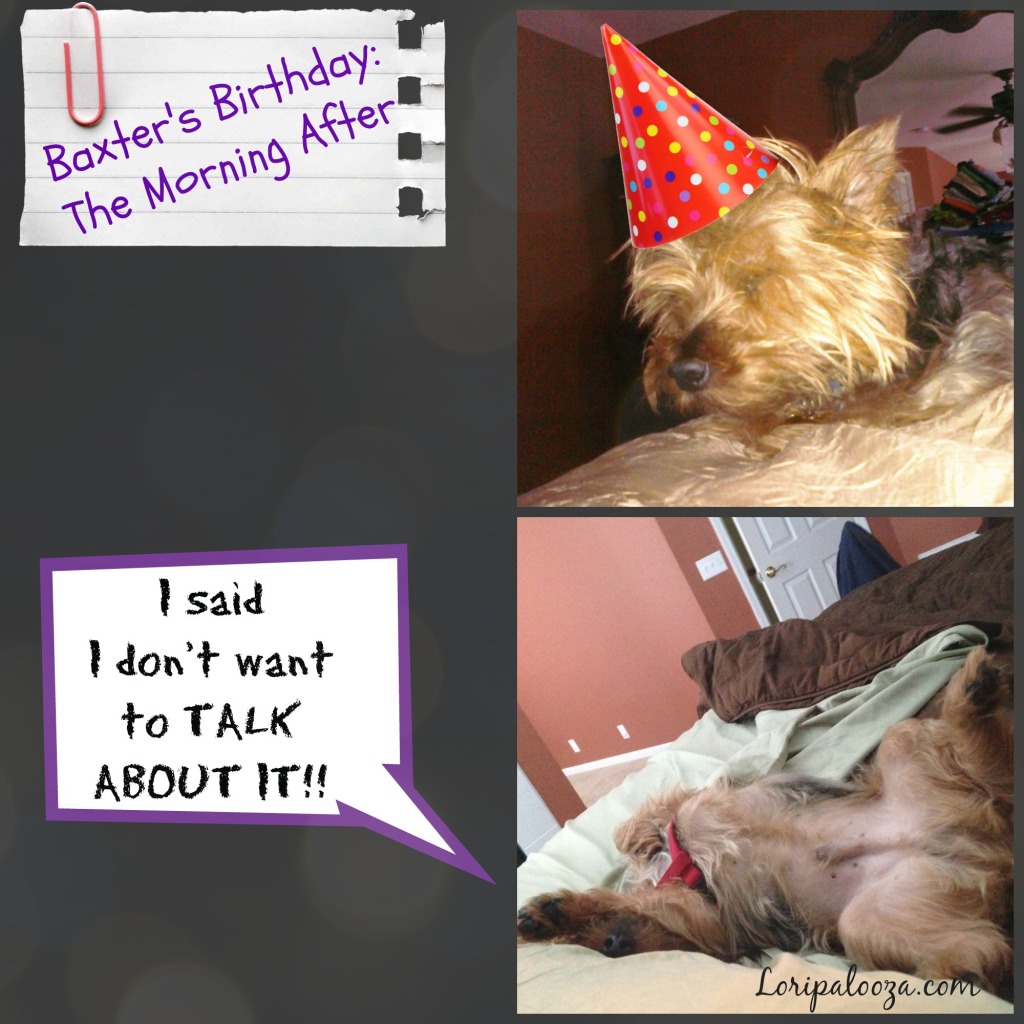