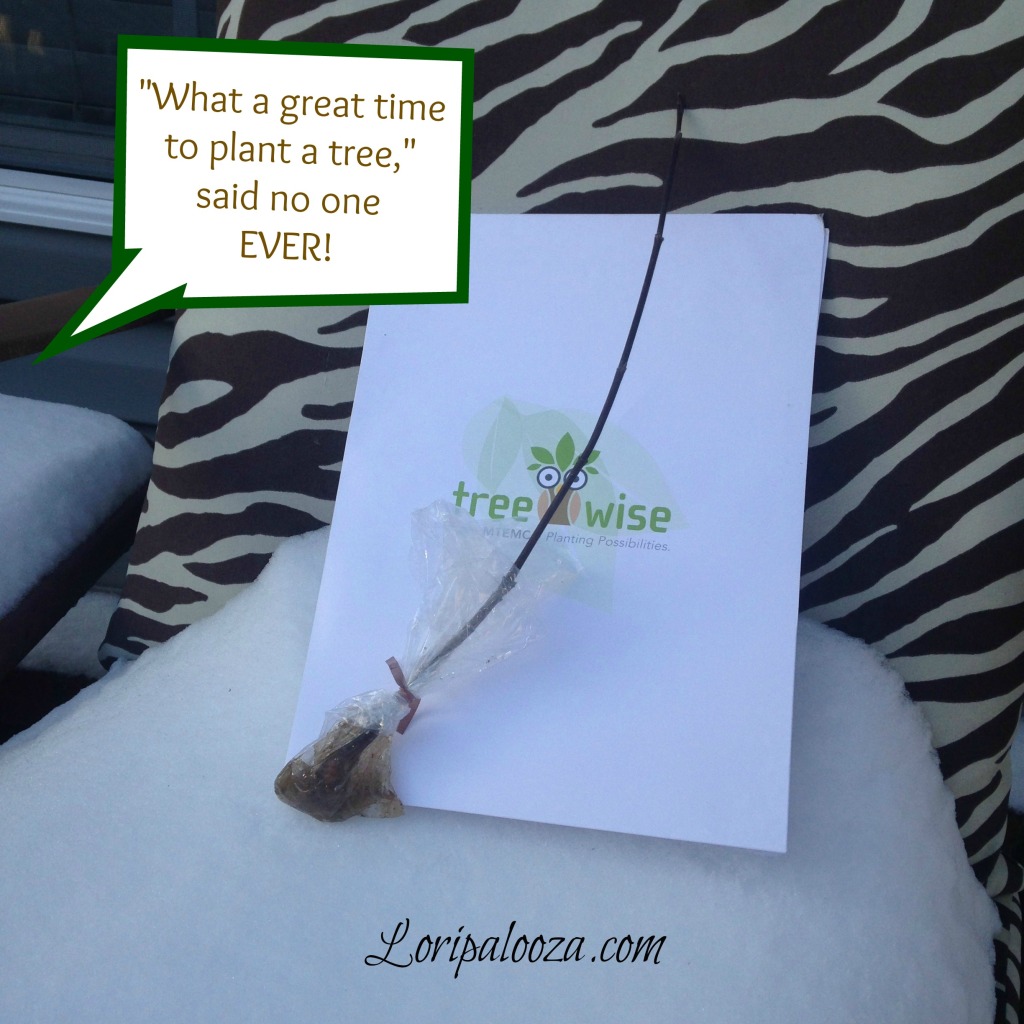 Maybe it’s the awesome weather we’re having. Maybe it’s the eleventy-millionth day of school being closed due to snow. Maybe it’s because I have a fever- the kind you can measure with an actual thermometer AND the Here’s Johnny! Jack Nicholson kind. Or maybe, just maybe it’s because I’m chemically unstable. Whatever the reason, I am taking off my gloves and I’m dropping the heavy hammer of  “What the hell is wrong with you?”

As some sort of reward for bull-shittery my son came home from kindergarten yesterday with a baby tree courtesy of the MIddle Tennessee Electric Company. Strong work, electric company! Not only did you send home a tree for me to plant amidst the ice and snow-pocalypse, but you sent home the very thing that you lay slaughter to every year!!! What a concept!

We all know that once this tree gets as tall as I am that you will swoop in with your hard hats and chain saws to butcher its limbs off. Hey, I know!. Why don’t you just have my kid name a goldfish, then make us all stand in the bathroom as you flush Nemo down the fucking commode!!

Do any of your department heads talk to each other? Because I really feel like this was the product of some idiot savant in the PR department who didn’t bother to run the idea by anyone else, much less focus group it. I’d love to talk more about this matter, but you see I have a tree to kill, dreams to shatter, and time’s a waisting. Thanks again, butt holes.