Easter is a big deal in our family.

Every year we hold Easter competitions, and not to brag, but last year I took home first place in the Easter bonnet category.

However, this year I had to work all weekend. Nightshift. Blech!

I arrived home from work Easter morning as Brantley and Luke were just waking up. Luke wasted no time tearing through his Easter basket. I enjoyed watching his excitement as my Ambien kicked in and my eyes glazed over.

Suddenly, I was hit with a great idea.

Since I wouldn’t be there to participate in the games and watch the egg hunt I should MAKE SOMETHING for all of the kids. YES!!!

What happened next resulted in a craft destruction that I would later wake up and discover in the dining room.

The place was ransacked. Had we been robbed?

Nope. The only gun involved had required hot glue and the room was covered in shrapnel.

Finally, I understood why Brantley kept insisting, “Go to bed!” and “No one wants that!” 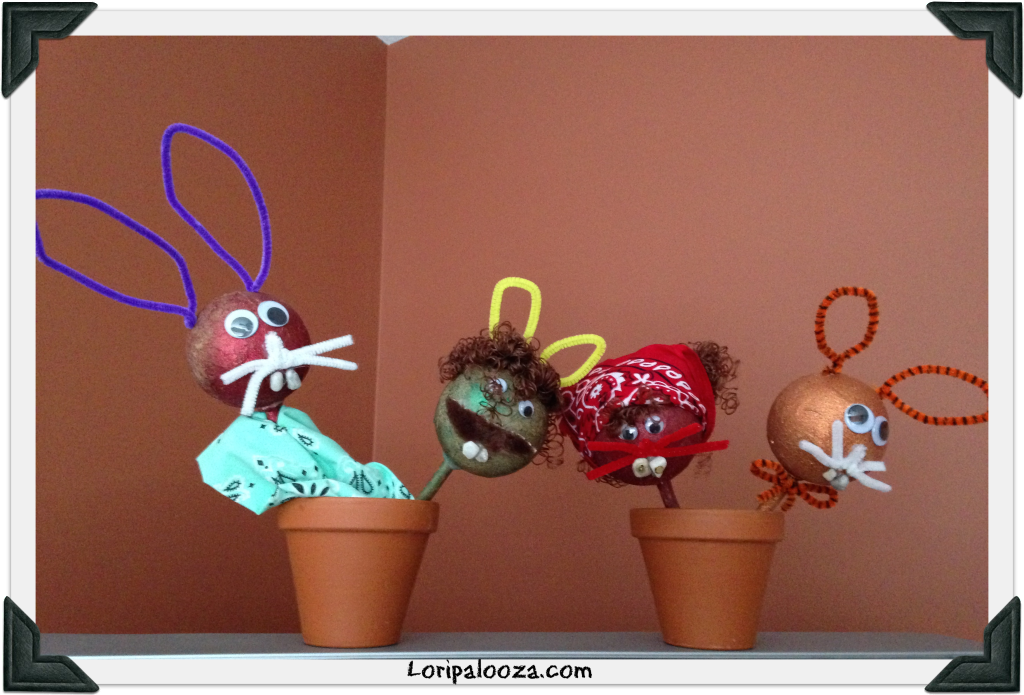 Say what you want, but it’s amazing how quickly I whipped up these Easter rabbits (out of maracas I had previously made out of Christmas decorations).

Like most people, I keep a well-stocked supply of pipe cleaners, bandanas, googly eyes, and baby doll hair in my craft cabinet. The only difference is, I know how to work it. 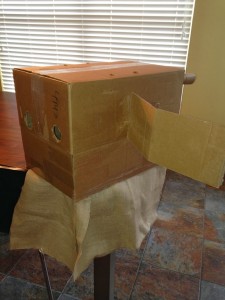