In the days since Luke’s tonsillectomy there have been many a skirmish to get him to take his pain medicine. He’s a strong-willed five-year-old boy and even getting him to swallow the thing that makes him feel better creates a fight. These struggles happen so regularly that we have taken to calling them The Great Lortab War of 2014.
It was during one such battle that Luke thought he outsmarted his old Mom by squirting half of his pain medicine onto the floor. Much to my disappointment Baxter appeared out of nowhere and downed that narcotic like it was something he was born to do.
That was the first red flag.
Then I began noticing other changes in Baxter. 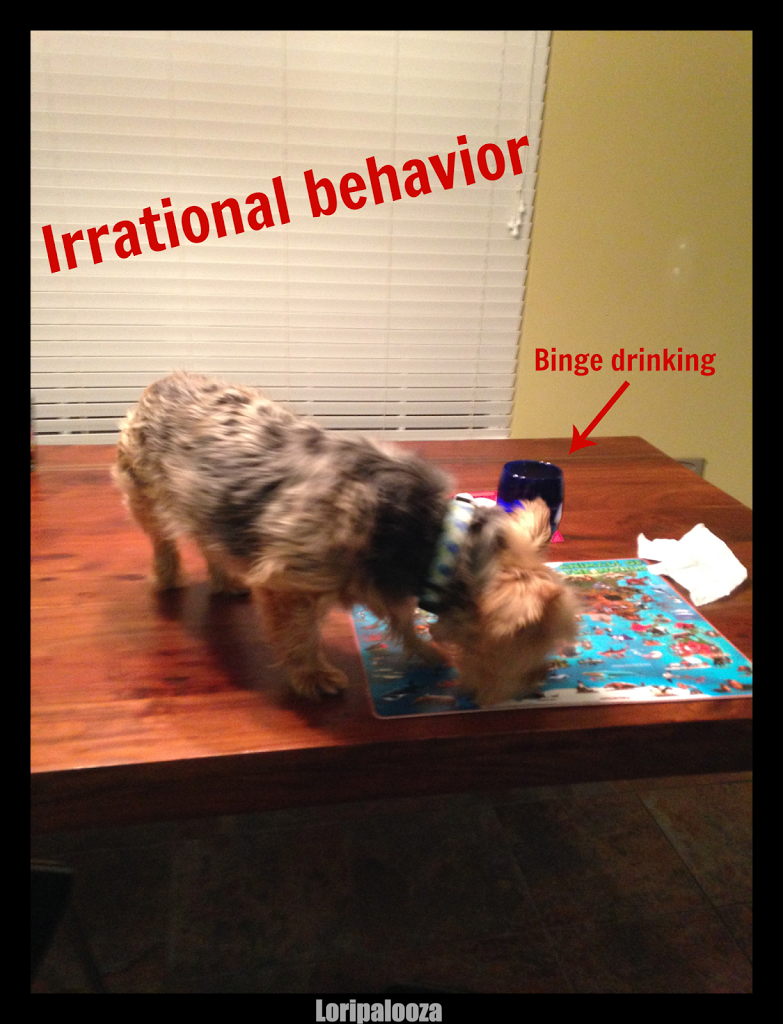 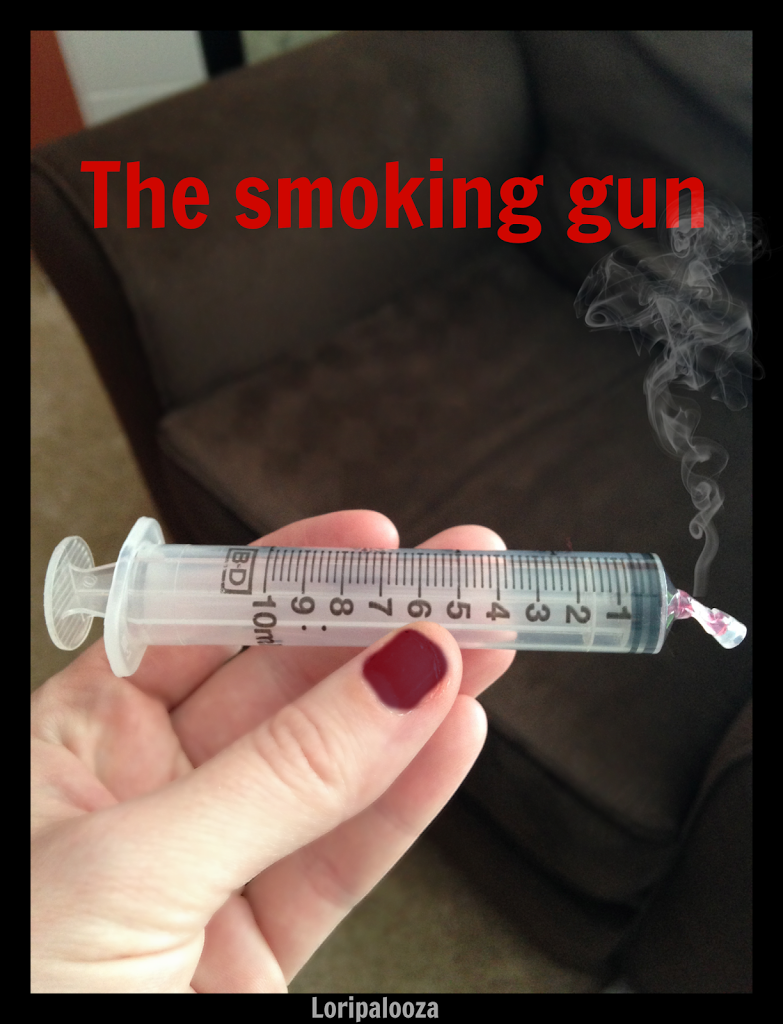 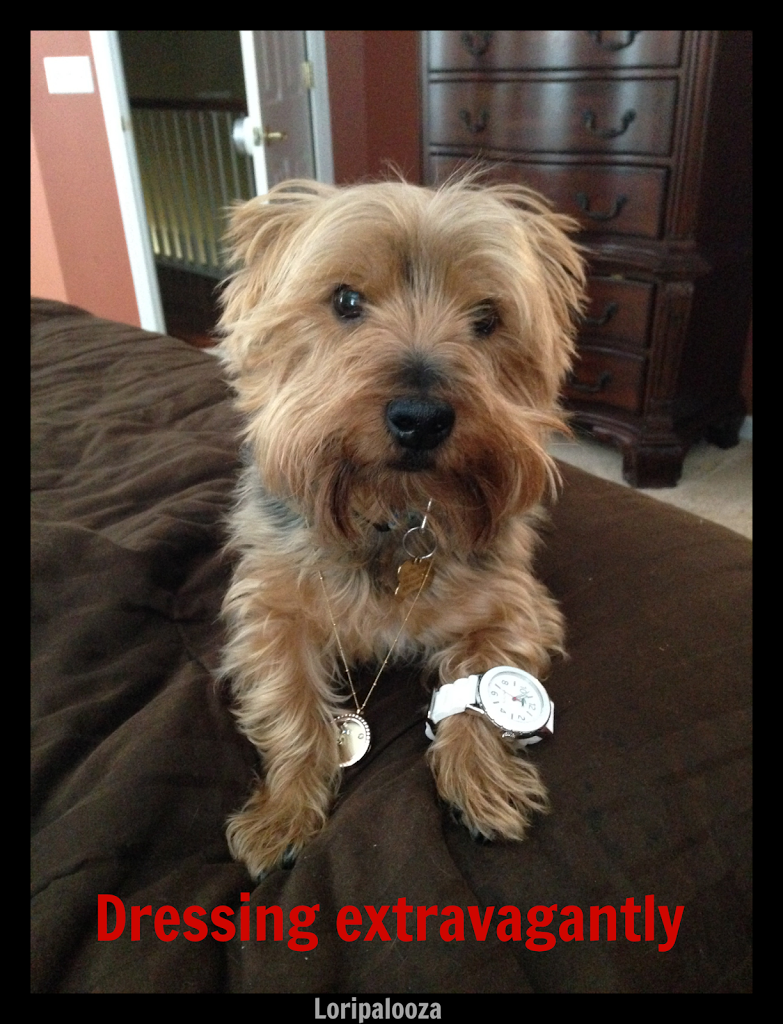 So what is a concerned mother to do? I’ve phoned several veterinarian offices inquiring about doggy detox only to have them hang up on me.
It’s clearly intervention time.
I have already begun drafting my letter to Baxter to let him know how his drug abuse has negatively effected me. I can’t find half my jewelry!! I’ve asked Brantley to do the same, but he keeps saying things like “Turn the TV back up!” and “Have you found a job yet?”
Clearly he’s still in denial and needs more time.
However, if you feel called to take part in Baxter’s intervention then  feel free to leave a letter to Baxter with your thoughts and feelings in the comments. Don’t hold back. He needs to hear this.
Lori

Bobby Brown and Whitney Houston laid down their crack pipes and sobered up just in time to hold an intervention for their seventeen year old daughter, Bobbi Kristina, last week. This came after picture evidence of her partying hit the World Wide Web leaving many to speculate that the apple didn’t fall far from the addiction tree. However, after experiencing their own pitfalls with drugs and alcohol, who better than the Whitney and Bobby to warn their daughter of what she’s in for, lest she change her ways? There is no match for firsthand experience, after all.

If you are a parent who is struggling with talking to your teen about drugs and alcohol, try this Whitney Houston quote as a conversation starter.

“Let’s get one thing straight. Crack is cheap. I make too much money to ever smoke crack. Crack is whack.”