Taking my son with me to the DMV was not my idea of fun, but given that school was closed due to snow I had no other choice. 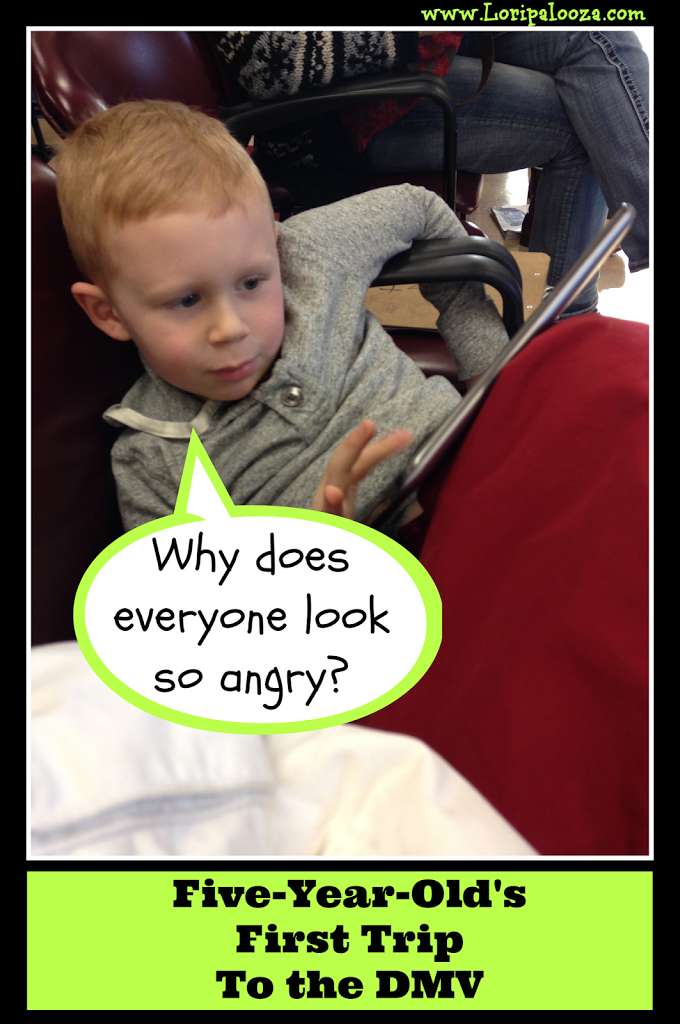 Upon immediately walking in the door Luke stated, “It smells like the doctor, but worse!”

“Luke, please keep your voice down.”
“Okay, okay, but where are the comfortable chairs?”
“Listen to me, Lucas. Just please sit here and be quiet. These are the only chairs they have.”
“They don’t have couches?”
“No, they don’t. Here, play with my iPad.”
“I sure wish that baby would hush up. Why does everybody look so angry?”
Through gritted teeth I said, “Lucas Wescott, I will take the iPad away if you don’t keep your voice down. And, everyone looks so angry because no one wants to be here.”
He responded with a sigh. “Yes, MA’AM,” before mumbling, “Sure am glad that baby left.”
After an hour and a half more passed it was finally my turn.
“Come on, Luke. They finally called my name,” I said as we walked past a large man with overalls and a mullet.
“Fank goodness because it just started smelling WAY worser.”
Luke sat on the floor while I talked to the surprisingly cheerful attendant. She asked me to step in front of the blue screen to have my picture taken.
Luke scrambled up as fast as he could. “I want to be in it. Let me be in it, too!! Please!!”
The attendant told Luke, “Ok, why don’t you stand here in front of your Mom.” Then, she whispered to me, “He won’t be in it. It’s just a head shot.”
I whispered back, “You don’t know my kid.”
She counted to five just as she said she would and at that very moment Luke jumped into the air shouting, “Cheese!”
“Um, let’s take another photo, Mrs. Wescott,” she said.
This time Luke sat on the floor while I had my photo taken with what will probably be the angriest expression the Williamson County DMV has ever seen. The faces of rage worn on the burly men waiting to get their driver’s licenses re-instated had nothing on my angry mug.
I am eagerly anticipating receiving my new license in the mail.
This, ladies and gentlemen is why you should never take a five-year-old to the DMV.