It’s already February and I have to say that I have been cracking away at my winter bucket list and New Year’s resolutions. Here are a few accomplishments that really solidify my my swagger.

I want to hear about YOUR winter accomplishments. Sound off!! 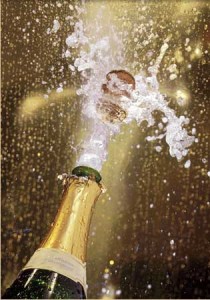 The presents have been opened, toys have been played with, new shoes have been worn, and the positive Christmas energy has been taken out to the curb along with the tree. Enter your worst enemy, the New Year’s resolution. For centuries we have celebrated the beginning of a new year by setting a goal for ourselves, and for centuries we have failed to meet that goal. There are a few people out there, who set a specific goal and achieve it, and those people are called assholes, but I digress.

F.M. Knowles said, “He who breaks a resolution is a weakling; He who makes one is a fool.” Setting a daunting and unrealistic goal will only serve as a reminder of what a loser you are. So, instead of resolving to lose fifty pounds and stop drinking in 2011, try setting an easily attainable, or vague goal. If you aspire to wake up before noon most of the time, work ~40 hours a week, or change your underwear daily, you will find a feeling of accomplishment when you achieve, and even surpass your goal. Before long you will be drunk, overweight, and unsuccessful, but with a confidence level usually reserved for the captain of the football team. My point is, if we strive for mediocrity, we can all be winners.

This year I resolved to accept the things I could not change, rite bettur, and stay foxy. I accomplished all three January 1st, 2010. Take that, world! But, what if I had failed? True, I wouldn’t have had that “king of the world” feeling for the remaining 364 ¼ days of the year, but I wouldn’t have let my failures define me or dictate whether I had a good 2010.

I’ve yet to determine my New Year’s resolution for 2011, but rest assured they will rival last year’s in quality and importance. Hopefully, I will achieve them by next December, but if I don’t, that’s ok too. My only plans are to be a little older, a little braver, a little happier, and still none the wiser.