Last week was one of my best ever. I’m of course saying that with sarcasm and a raised middle finger. I had a GYN appointment AND a dentist appointment on the same day. The dentist referred me to an endodontist for a root canal after finding one, maybe two cavities. I’m not sure of the exact number because I blacked out when he said, “root canal.” My gynecologist found a lump in my breast and referred me to an imaging center for an ultrasound. Winning!

The following day I went for my ultrasound, but after it was done the radiologist added a mammogram. I went into full-on panic mode and began writing out my will on the back of a People magazine that was several years old. By the way, Brad Pitt and Jennifer Anniston got a divorce. Is nothing sacred anymore? Anyway, after the mammogram they sent me on my way.

I called my doctor’s office the next day because I was anxious about the results. The receptionist put me on hold for a moment then came back and said it was normal. I was relieved to say the least as I headed out for my root canal. It wasn’t until I was sitting in the dental chair staring at all the sharp tools, one of which is the syringe-needle combo with scissor handles, and listening to someone else’s mouth being suctioned that I stopped to think, “If my lump was normal, then what was it?” I was shaken back to reality when the endodontist turned me upside down in that awful chair and shined a bright light in my face.

All was forgotten about the mammogram until thirty minutes ago when the nurse at my GYN office called me. She was calling to make sure I didn’t have any questions- so thoughtful. “Actually Marsha, I do have a question. If the lump was normal, then what was it?”

“Well, let me look at the report here. Oh yes, here it is. It says that it is an enlarged, but normal lymph node which is really nothing to worry about. You can get those from just shaving.”(Long pause.) “Lori, are you still there?”

“Ummmmm yeah, but here’s the thing, Marsha. I don’t shave my boobs.”

I heard hysterical laughter on the other end of the line. When she came up for air she said, “It can be from just shaving your legs or under your arms.”

“Ohhhhh, I just didn’t want you guys thinking I have gorilla boobs that require shaving.”

Marsha was still laughing. “We saw them last week, Lori. No one thinks you have gorilla boobs,” she snickered.

“Well, if they do will you please correct them?”

“Yes, Lori. A lot of people are staring at me right now, so I will let them know that you do NOT have gorilla boobs.”

“Thanks, Marsha. Have a great day.”

And, there you have it. My breast lump was just a lymph node that had become enlarged from something besides shaving my boobs. Because I don’t need to. Shut up and call Marsha if you don’t believe me.

Thanksgiving is upon us and the turkey is almost ready. It has been soaked in brine, injected, and rubbed. The only thing left to do is make love to it, but for the life of me, I can’t tell the top from the bottom.

If you’re like me, then you have three or four families to celebrate this holiday with. We had one such celebration this past weekend with my folks in Alabama. It was wonderful as always and reminded us of years past when we were all together. However, this year was very different. My baby sister is all grown up now, and within the last year has a new job and a new house to be thankful for.

I listened to her talk about her brand new world with pride. “I met my next door neighbor. She introduced herself as Jen, then mentioned that she goes by Diamond at work.”

I jumped in. “Well, that’s a lovely story, Leigh. Thank you for sharing that. You know, the world needs strippers just as much as lawyers.” I saw Brantley open his mouth and before he could get it out, “No, we cannot talk about something else. Stop trying to change my family.”

By that time, Leigh had moved on to a work related story. She is a nurse in a trauma/burn unit and has to encounter horrific things every day. She was telling one of these horrific and detailed stories at the table, but to my satisfaction she ended it on an up note. “If you can move your arms, I’m not washing your who-ha or brushing your teeth,” she said. Brantley got up and took Luke into another room where I heard him say, “Daddy, I wanna brush my teef.” Luckily, they were too far away to hear her recount accidentally activating a comatose patient’s penile implant, and then having to call the doctor and tell him that she had just given her patient an erection. 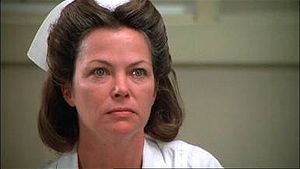