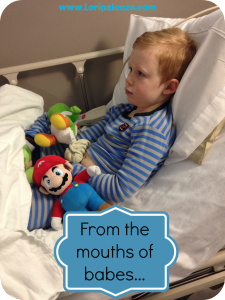 In the last four weeks Luke has lost two tonsils, two adenoids and two front teeth. That’s a lot of loss for one little guy. One thing he hasn’t lost, however, is his spunk. He had some complications from the surgery that kept him out of school (and in bed) longer than he would like to have been. This was a result of the ENT accidentally cauterizing (burning) a fairly large portion of his tongue AND sending us home with no mention of it. So on day three, or four of his post-operative recovery instead of starting to feel better, he developed a mass on his tongue so large that he could barely swallow liquids.
Other than being furious, we were concerned the trauma to his tongue would affect his speech.
During a follow-up appointment with his ENT, the doctor asked Luke to try saying some different words.
ENT: “Can you say ‘puppy?'”
Luke: “Arf, arf!”
ENT: “No, I’m asking if you can say the word puppy?”
Luke: “Of course I can. Don’t be ridiculous.”
It was clear to the doctor at that point that Luke still held a grudge and who was I to blame him. When he finished the exam and opened the door to exit the room Luke said loudly, “Mom, I still fink he should go to jail.” 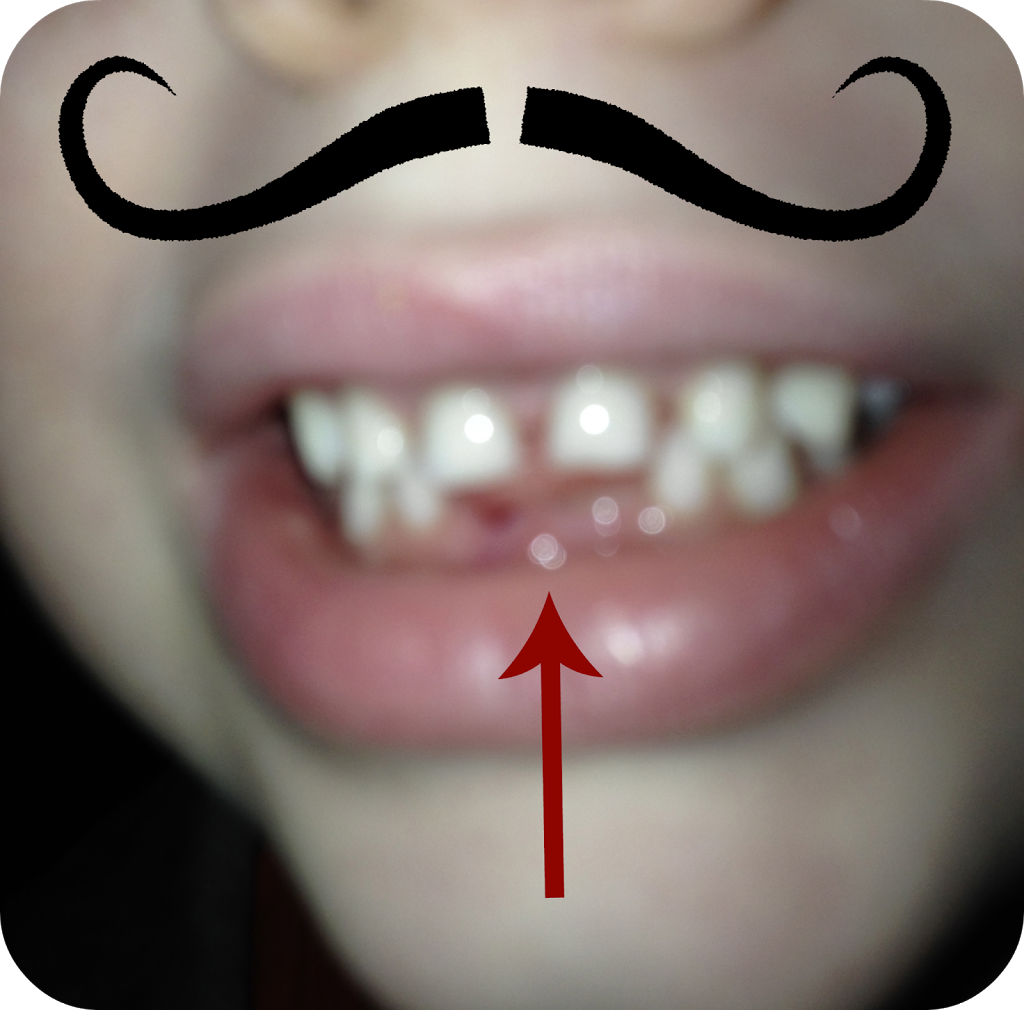 A few days before his surgery, Luke let Brantley pull his extremely loose tooth, but it required a good deal of bribery. So we were very surprised when just a few days ago Luke came running into our bedroom.
“Mom and Dad, I pulled my own toof,” he said handing to me.
“But Luke,” I said. “It wasn’t even that loose. How did you get it out so quickly?”
He placed his hands on his hips in the way he does when preparing to give us a dissertation.
“Welllll, I bited a heavy pillow, of course. Then, I shook my head around like a dog and it just fell out.”
Of course he did.
Maybe they should change the analogous reference of something being difficult from “It’s like pulling teeth” to “It’s like being an ENT when a five-year-old makes you look like an ass.”
Lori