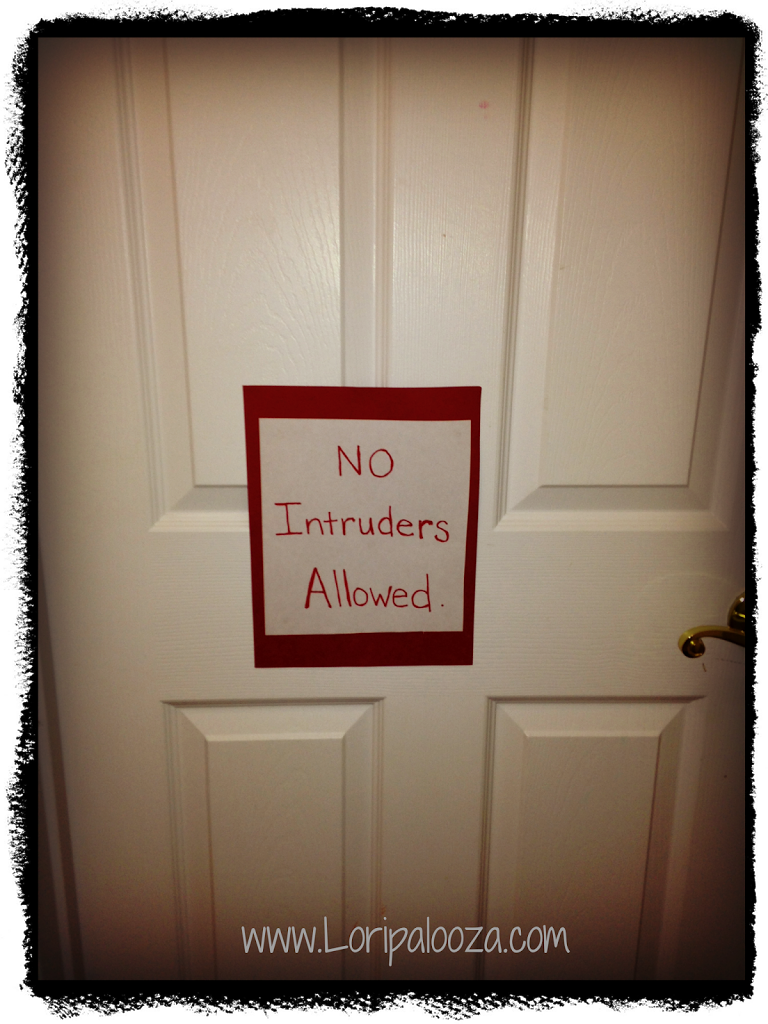 Luke: “Mom, will you help me make a sign for my bedroom door?”
Me: “If I can coordinate the colors to match your bedroom and mount it on card stock?”
Luke: “What does that mean.”
Me: “It means I’ll help you if you let me make it pretty.”
Luke: “No!”
Me: “Then, no. I won’t help you.”
Luke: “Ok, fine. But, not too pretty.”
Me: “Deal.”
I didn’t realized at the time that I had just agreed to make a sign that had the sole purpose and intent of keeping ME out of his bedroom. However, I didn’t fret over it for too long because truth be told, I appreciate space and privacy just as much as my five-year-old son. Maybe more…
This is one of many examples of why I am delighted to be a contributing author in the soon to be released book, I Just Want To Be Alone.
Jen of People I Want To Punch In The Throat is a blogger that people love to love and love to hate, depending on who’s receiving the aforementioned throat punch. Last year, she released the wildly successful precursor to this book- a hilarious view of motherhood entitled I Just Want To Pee Alone. However, when Jen asked who would like to take part in a second volume which was to include the topic of husbands I raised both hands and a foot.
You may have read the bit of husband bashing I wrote about in “You Have Lipstick On Your Teeth” last year, but something tells me you’ll have my back once again after reading my chapter, “Rehearsal Dinner Roofie.” 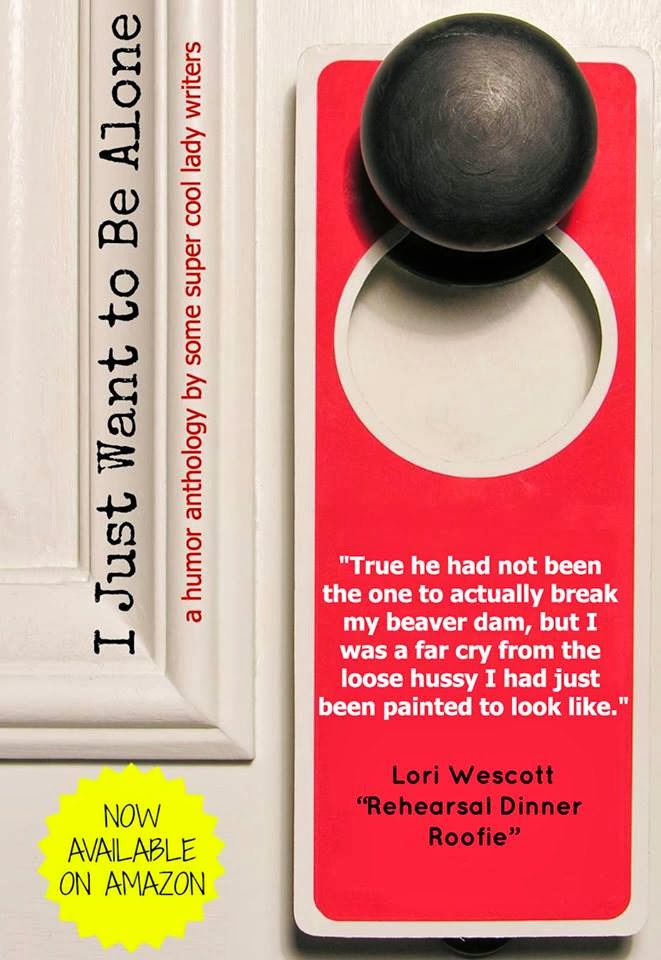 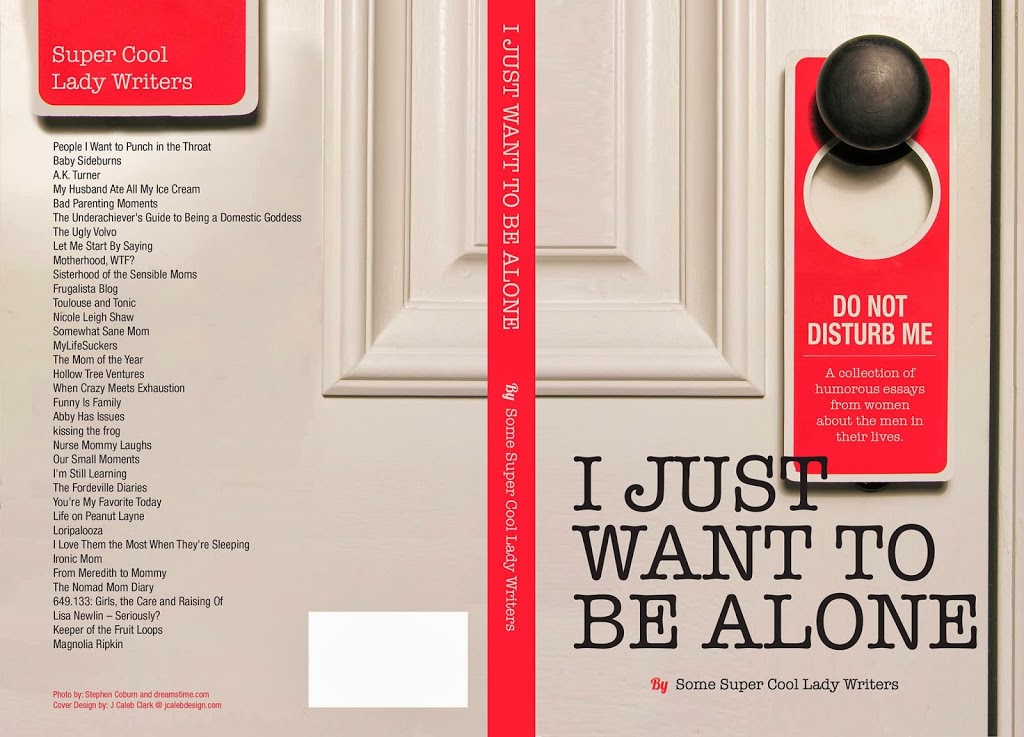 Aside from the vlog I posted last week that started out as a coconut oil tutorial, but crossed over into talking to your kids about sex and things I’m not good at,  I’ve been a little absent lately.

The last six weeks have been such a whirlwind with out of town weddings, conferences, Classroom Mom duties, and birthday parties that I’m lucky I didn’t show up for Bloggy Boot Camp in Charlotte wearing a bridesmaid dress and holding a tray of cookies. Add to that, my husband starting a new job and presto- lots of chaos with very little time for writing. 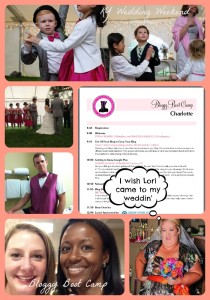 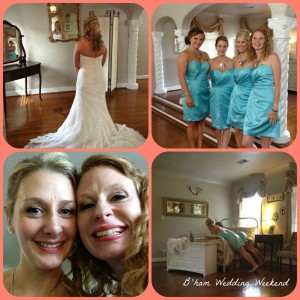 All of the destinations were great. Goals were met. People got married. Cookies were eaten, and most importantly school is out! However, I wouldn’t be true to myself if I left out the adventures I encountered to and from one of these events.
Have I mentioned how much I LOVE the Atlanta airport with their unexpected five hour delays, or how my Delta flight home departed without thirty-one (31!) people bound for Nashville??
I barely cried at all. If it wasn’t for the sheer entertainment in people watching I may not have survived.

Another blog worthy detail would be have to be the WWII veteran who was also flying standby to Nashville. I know he was a WWII and Korean War veteran not only because he told me, but also because it was written on his cap.

This precious little man shouted, “Speak English dammit!” and quietly threatened to break the legs of one of the gate attendants when she told us that we wouldn’t be making yet ANOTHER flight home to Nashville. The General then got on his phone and started shouting to someone on the other end about getting clearance to land, and having gout. He then slammed his giant flip phone shut as he exclaimed, “My buddy is going to call me right back. He has a plane and I think he can come and get us.”

Thankfully, we were all on the very next flight out. I was not looking forward to having to tell the General, “While I really appreciate your service I am NOT getting on your friend’s plane.”

In more recent news, I put on my nurse’s cap and worked a shift over the weekend, as I still do from time-to-time. However, this shift lasted seventeen-hours and was unlike any other I’d ever experienced in terms of hellishness. If I had it to do over I think I would rather be water-boarded. It took a couple of days to recover and I have yet to stop whining/bragging about it. I will most likely continue until someone throws me a sweet-17 party and my Mom documents it in my baby book.

If you’ve managed to stay with me through this various and sundry blog post, then congratulations. You probably don’t have adult ADD.

Consider yourselves officially caught up on all things palooza related.

Now, take your dry hair over to my coconut oil vlog and learn how to get pretty. Yes, it’s ten minutes long, but once you get past me opening the jar it really gets captivating.