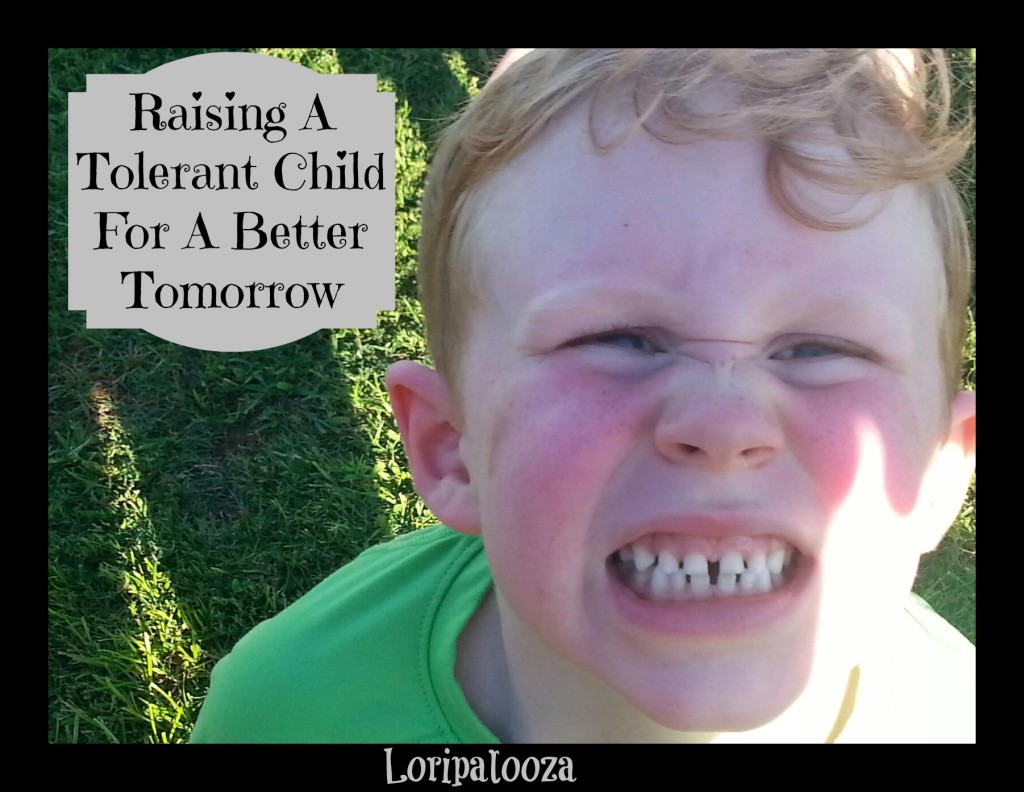 Luke and I have been very busy this summer in my attempt to squeeze in as much fun as I possibly could before the start of Kindergarten. As we ready ourselves to embark on this new phase of his life I can honestly say I’ve spent some time wondering and yes, worrying if I have given him everything he needs in his first six years of life. A parent can only hope that they’ve been a good example and done everything possible to mold their child’s young mind into a form that will create a kind, creative, and loving human.

Had I done my job of raising a tolerant child for a better tomorrow?

After the last few weeks of spending quality time with Luke the answer was apparent. I mean duhh, of course I had.

How can I be so sure? I’ll give you some examples.

Last week, while sitting in the backseat Luke saw someone in the car next to us throw garbage out of their car window. “Mom, unlock my window, PLEASE!”

He banged his fist on the window as he shouted, “Hey LOSER, the earth is not your garbage can!”

We weren’t on the best side of town so I floored it as soon as the light turned green feeling semi-proud. I had a little environmentalist on my hands, yes with possible rage issues, but still. Maybe green bullying is the new black.

I received further confirmation of my ability to raise a well-rounded child when before going to bed one night he informed me, “Mom, I’m not JUST into rap anymore. I like rock music, too.”

However, the pièce de résistance came during our recent trip to the Nashville Zoo. We were inside the alligator exhibit- a small confined space with room for only a few people at a time overlooking the alligators. We were admiring the hideous reptilians alongside a Middle Eastern family. The women had on their traditional scarves and they were speaking in their native tongue.

I was afraid something was about to go down because Luke took on his super cool stance- leaned against the glass with one foot crossed in front of the other. He addressed the family loudly. “So I noticed y’all speaking Spanish. Doesn’t bother me, though.”

He was giving his typical wink-face and gun hand as I pulled him out of the room and away from the nice family. We were walking briskly to the nearest exit when he mentioned, “There was a whole pride of them. Cool.”

It gives me great pleasure to share with you my accomplishments in successfully raising an environmentally conscious, well-rounded, and racially tolerant human being. I hate to brag, but it takes most parents eighteen years to do that.