Luke’s reluctance to start Kindergarten next year has been unwavering.

That is, until recently.

For months, any time the topic of conversation turned to Kindergarten he made sure to interject, “But I’m not going ’til I’m six! You can’t make me go, yet.”

He was less than enthusiastic.

However, when a little boy in his preschool class started talking about how he couldn’t wait “to go to the big school next year” things started to change.

He was getting a positive opinion from one of his own peers and right away I could tell he was warming up to the idea.

A few days later when driving past the school I heard a mumble from the backseat. “Well, they DO have a nice playground.”

Score! The tides were beginning to turn.

It was only a couple of days later that a family friend asked, “So Luke, what are you going to do in Kindergarten next year?”

Without a second thought he answered confidently. “Well, I’ll prob-uhly do some arts and crafts, learn some geography aaaaand do some parkour.”

I decided not to tell him that the county doesn’t have a parkour curriculum in place. I’ll let that responsibility fall on his teacher. God bless her. All I have to do is get him in the door. 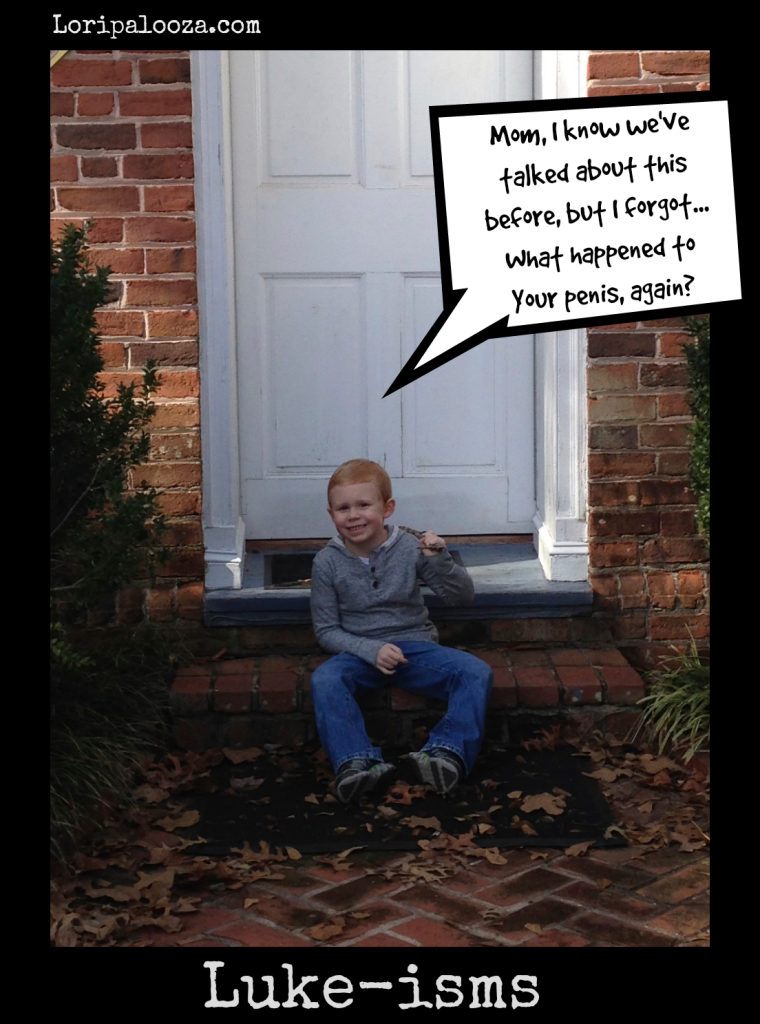